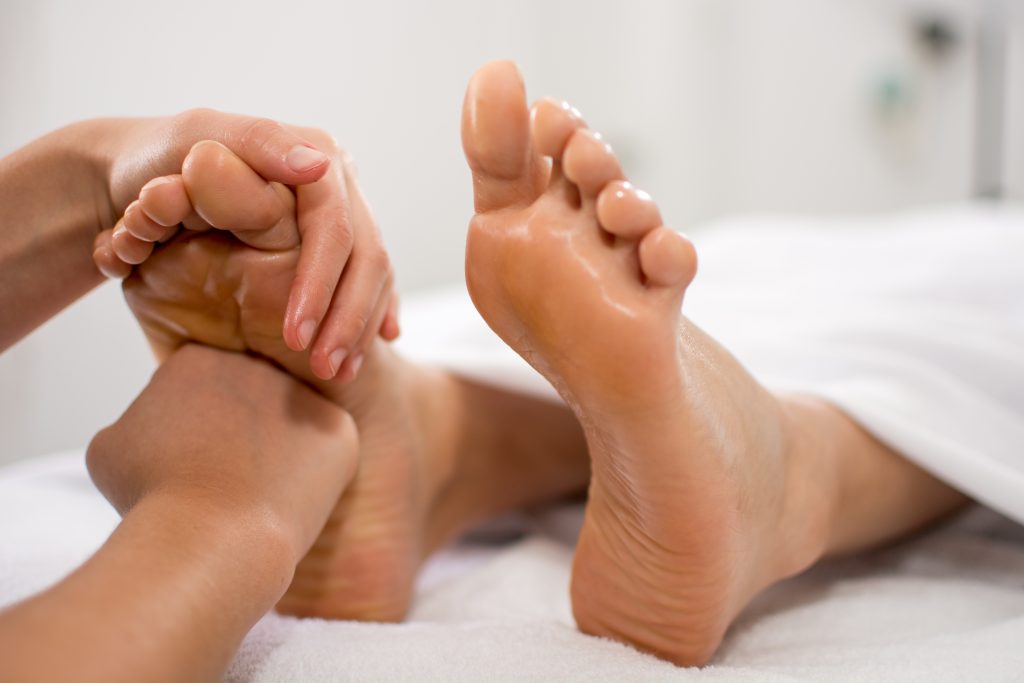 Reflexology is based on the principle that certain reflex points on the feet are linked to different organs of the body. When the points on the foot are stimulated by massage, it is thought that this then stimulates the corresponding organ.

Reflexology is thought to help manage and improve the symptoms through the Perimenopause, Menopause, and beyond. It also can support your health and general wellbeing through this natural life cycle.

Whats is the Perimenopause?

Before menopause, a woman’s periods typically become irregular, which means that periods may be longer or shorter in duration or be lighter or heavier in the amount of flow. During this time, women often experience hot flushes/flashes; these typically last from 30 seconds to ten minutes and may be associated with shivering, sweating, and reddening of the skin. Hot flushes often stop occurring after a year or two. Other symptoms may include poor memory, general aches and pains,  vaginal dryness, trouble sleeping, and mood changes including anxiety. The severity of symptoms varies between women. These symptoms can be experienced any time in the perimenopause and can affect women in their mid-40s until later 50s and sometimes beyond.

What is the Menopause?

Menopause is the time in most women’s lives when menstrual periods stop permanently, and they are no longer able to bear children. Menopause typically occurs between 49 and 52 years of age. Medical professionals often define menopause as having occurred when a woman has not had any vaginal bleeding for a year. It may also be defined by a decrease in hormone production by the ovaries. In those who have had surgery to remove their uterus but still have ovaries, menopause may be viewed to have occurred at the time of the surgery or when their hormone levels fell. Following the removal of the uterus, symptoms typically occur earlier, at an average of 45 years of age.

The following studies demonstrate the benefits of Reflexology during the Menopause:

The staff at Cheshire Laser’s have been impressed with the positive feedback about the benefits of Reflexology with Sharron to help their perimenopausal symptoms.

Dermal Filler and Lip Enhancement offer with Aesthetic Nurse Katey on Saturdays only.

Cheshire Lasers has an online shop for you to purchase your Skin Care Products.

You can now book most appointments online, up to 30 days in advance.

Dr Teresa (Teri) Johnson Is a local General Practitioner in Middlewich, she has been a partner at The Oaklands Medical Centre for 20 years. She is a member of the GMC and the British College of Aesthetic Medicine.